The traditional Challoner Day is an intrinsic part of the school calendar and provides students and their parents, staff and friends of the school the opportunity to mark the birthday of the school’s founder, Bishop Richard Challoner with a powerful Mass in St George’s Cathedral.

The Mass was celebrated by Fr Sean O’Connor, who was a Parishioner of St George’s Cathedral himself until he realised his late vocation to the Priesthood. Fr O’Connor also celebrates Mass in the school’s Chapel every Friday morning, with students from each year group participating in various aspects of the Mass. 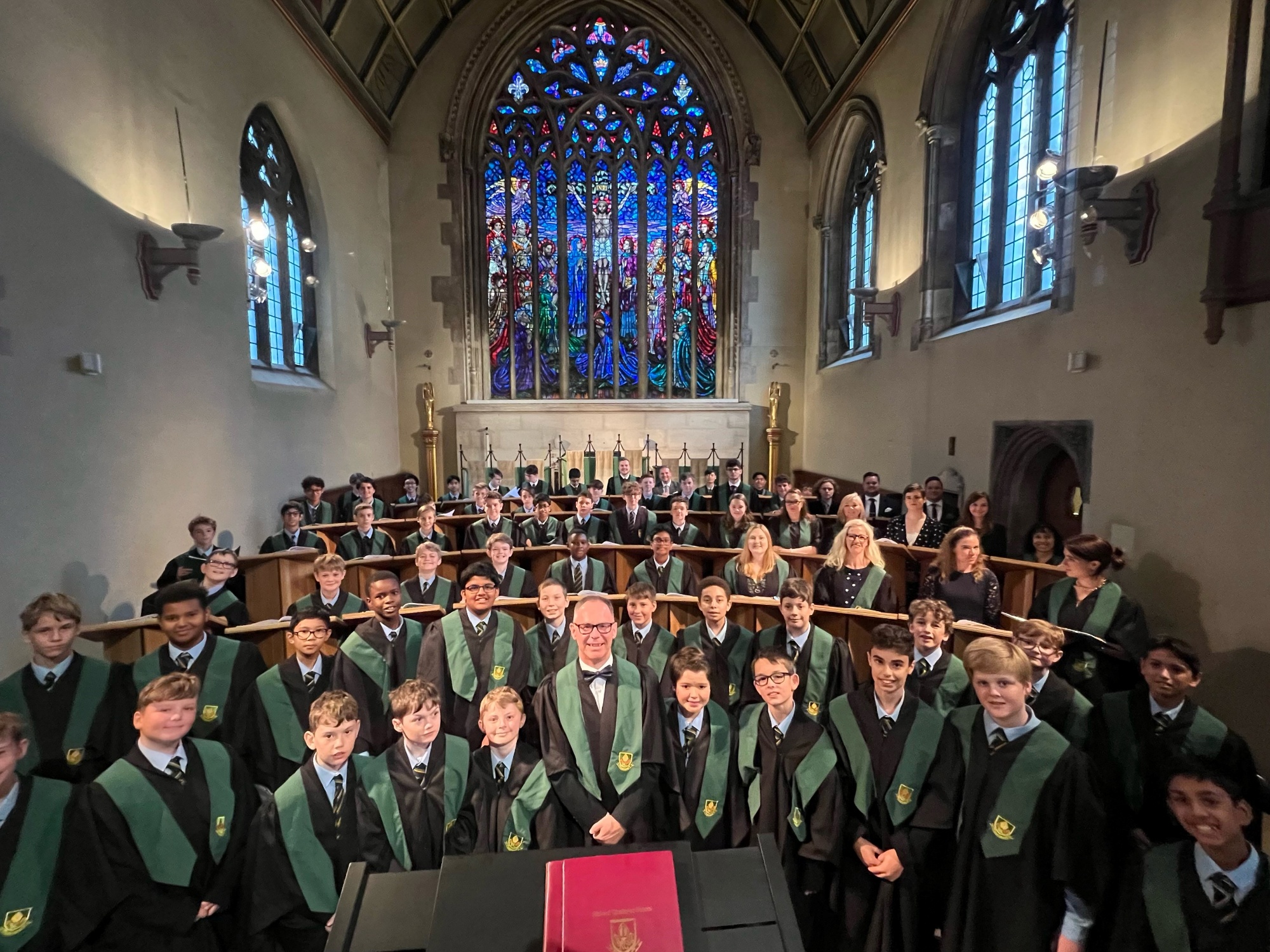 The powerful music performed by over seventy students and staff, was managed by the school’s Director of Music, Mr Neil Cannon. Moving musical pieces included a new song during Holy Communion called Be Still based on Psalm 46 and composed by Mary McDonald. The Mass ended with the school’s ‘signature’ hymn, Non Nobis Domine by Roger Quilter.

At the end of the Mass, the school’s Head Teacher, Mr Sean Maher, gave a heartfelt talk thanking students and staff for their significant input into the celebratory Mass, and expressed his delight at being able to welcome the extended Challoner community, given this had not been possible last year due to Covid restrictions.

Reflecting on the special event, Mr Maher said: “Our theme for this year is community, drawing on the African philosophy of ‘Ubuntu’ which loosely means ‘I am because we are’. There can be no better demonstration and affirmation of this than watching our school community come together in Holy Mass and especially important in the difficult times we are currently living in.”

Over 1,300 Challoner members travelled to central London to participate in the Mass, and the event was organised with meticulous attention to detail by Mr Neil D’Aguiar, the School Chaplain, who ensured that all students, irrespective of any additional difficulties, were adequately supported throughout the event by high levels of staff.

There are a selection of photos on our Facebook page...