‘Barbarity of war’ should inspire new push for Christian unity 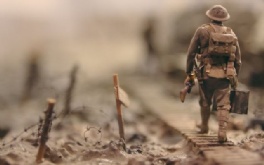 The CNA posts about Pope Francis' recent comments about warfare

"Pope Francis said on Friday that the “barbarity of war” should inspire a new push for Christian unity.

The pope made the comment in an address to members of the Pontifical Council for Promoting Christian Unity on May 6, the 72nd day of the Russia-Ukraine war.

The conflict between the two predominantly Orthodox Christian nations has tested relations between the Vatican and the Russian Orthodox Church, as well as within Eastern Orthodoxy."

Photo by Stijn Swinnen on Unsplash