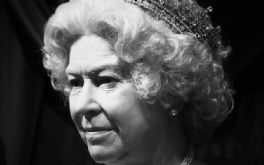 Two articles with reflective words about the passing of the Queen

Katie Yoder posts on the CNA about tributes for the Queen from leaders around the world:

"Catholic leaders worldwide mourned the death of Queen Elizabeth II — the longest-reigning monarch in British history and the head of the Church of England — after she passed away at the age of 96 on Thursday. They called for prayers while remembering the late queen’s Christian example.

“At this time, we pray for the repose of the soul of Her Majesty,” Cardinal Vincent Nichols, the archbishop of Westminster and president of the Catholic Bishops’ Conference of England and Wales, said in a statement. “We do so with confidence, because the Christian faith marked every day of her life and activity.”

Jonah McKeown posts on the CNA about Pope Francis' praise for the Queen:

"Pope Francis in a telegram late Thursday offered his condolences and prayers upon the death of Queen Elizabeth II, Britain’s longest-reigning monarch and the head of the Church of England. She was 96.

“Deeply saddened to learn of the death of Her Majesty Queen Elizabeth II, I offer heartfelt condolences to Your Majesty, the Members of the Royal Family, the People of the United Kingdom and the Commonwealth,” the pope wrote in the Sept. 8 telegram to Britain’s new monarch, King Charles III."

Photo by Mathew Browne on Unsplash