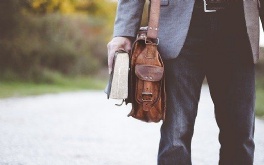 "In the early 1940s, the Nazis dominated many countries in central Europe. And they were not neutral toward religion. They sought to destroy the Catholic Church, sending thousands of priests and religious to concentration camps, silencing any opposition from religious leaders, prohibiting most public expressions of faith and outlawing education in the Christian life. The goal was to prevent the Faith from being passed on to the younger generation and to indoctrinate young people in the Nazi ideology at school, in the media and in government-sponsored activities."

Please head over to CatholicLInk to read the full post

Image by Pexels from Pixabay