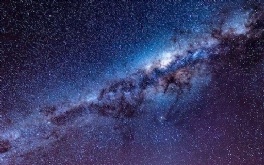 Catholic scientists from the Vatican Observatory and Benedictine College hailed the discovery of the planet, named TOI 700 e, as “exciting” and a testament “to the marvels of God’s creation.”

The scientists noted, however, that the newly discovered planet is not another Earth, which remains the only planet where life is known to exist.

TOI 700 e is rocky, 95% the size of Earth, and within the distance from its sun where liquid water could occur, according to a Jan. 10 NASA press release."

Photo by Graham Holtshausen on Unsplash