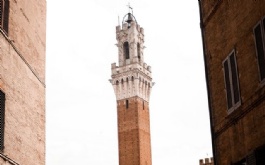 Lisa Cotter posts on CatholicLink about St Catherine of Sienna

"Though she was physically short in stature, St. Catherine of Siena was a spiritual giant among the giants. She was canonized by Pope Pius II in 1461, only eighty-one years after her death. In 1866, she was declared a patron saint of Rome, and in 1939, co-patron saint of Italy (along with St. Francis of Assisi). In 1999, she was declared a co-patron saint of Europe. In addition, just one week after naming St. Teresa of Avila the first female Doctor of the Church in 1970, the Church bestowed the same honor on St. Catherine of Siena."

Please head over to CatholicLink to read the full post.

Photo by Nicolas Mejia on Unsplash