The Prophecy of Saint Edward the Confessor 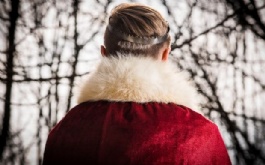 "Saint Edward the Confessor was King of the English from 1042 to 1066, called one of the last great Anglo-Saxon kings.

On February 7th in 1161, he was canonized by Pope Alexander III. In fact, he was the only king of England ever to be canonized by the pope!

He’s called “confessor” as he is believed to have lived a saintly life, but was not a martyr."

Please head over to uCatholic to read the full post.

Photo by Paweł Furman on Unsplash